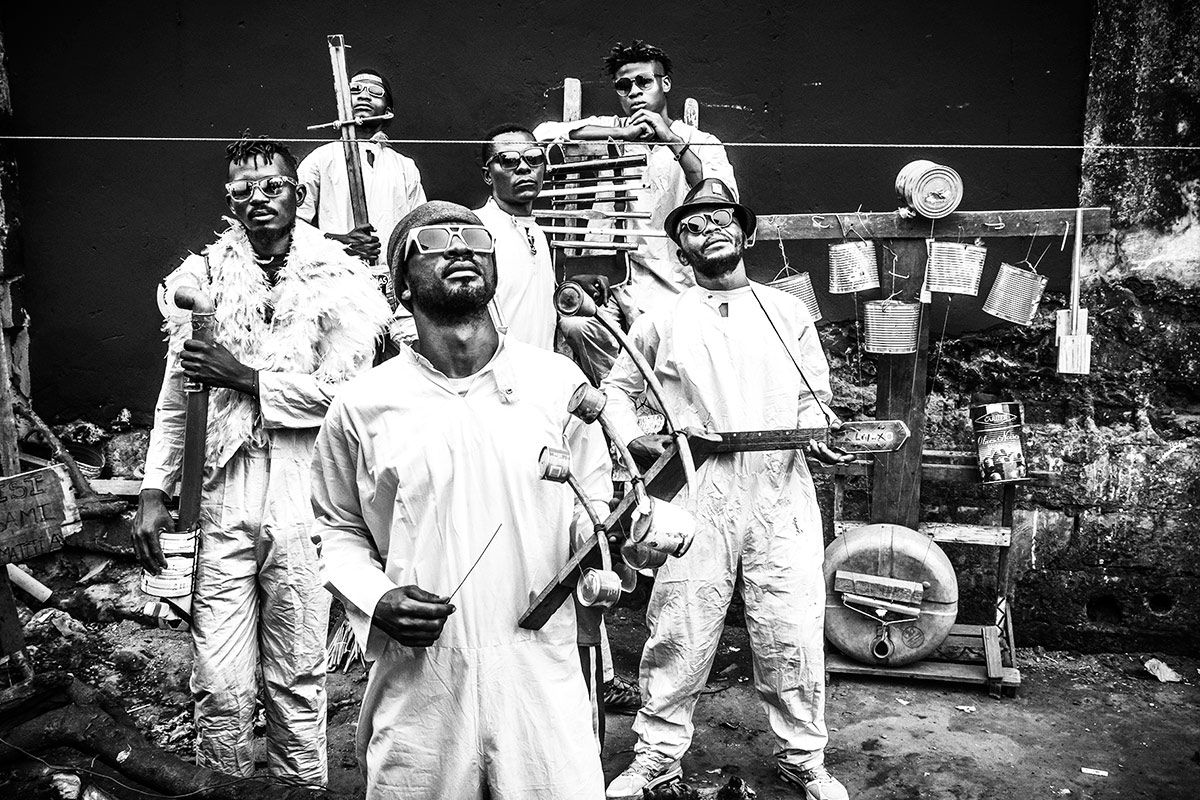 Throw away all of your prejudices about African music. Kokoko! Musically reminiscent of the cyberpunk novels by William Gibson, if they took place in the Democratic Republic of Congo.

Their explosive style fuses dance beats with African melodies and what comes out is an afro-futuristic collision of approaches, musical traditions and styles. They met in the Congan metropolis of Kinshasa; producers, dancers and singers working together under the cyberpunk axiom: the streets find their own way to use of things. They play instruments sophistically put together from trash or useless hardware. “Survival fuels creativity,” they say, underlining the statement with used typewriters, bizarre bass generators or old motor parts. Their debut album Fongola was released last year on the British label Transgressive records. A big part in the sound was French producer, Débruit, a key exponent of so-called wonka scene of the last decade. Kokoko!’s original sound transcends boundaries and opens eyes. And you can dance to it!