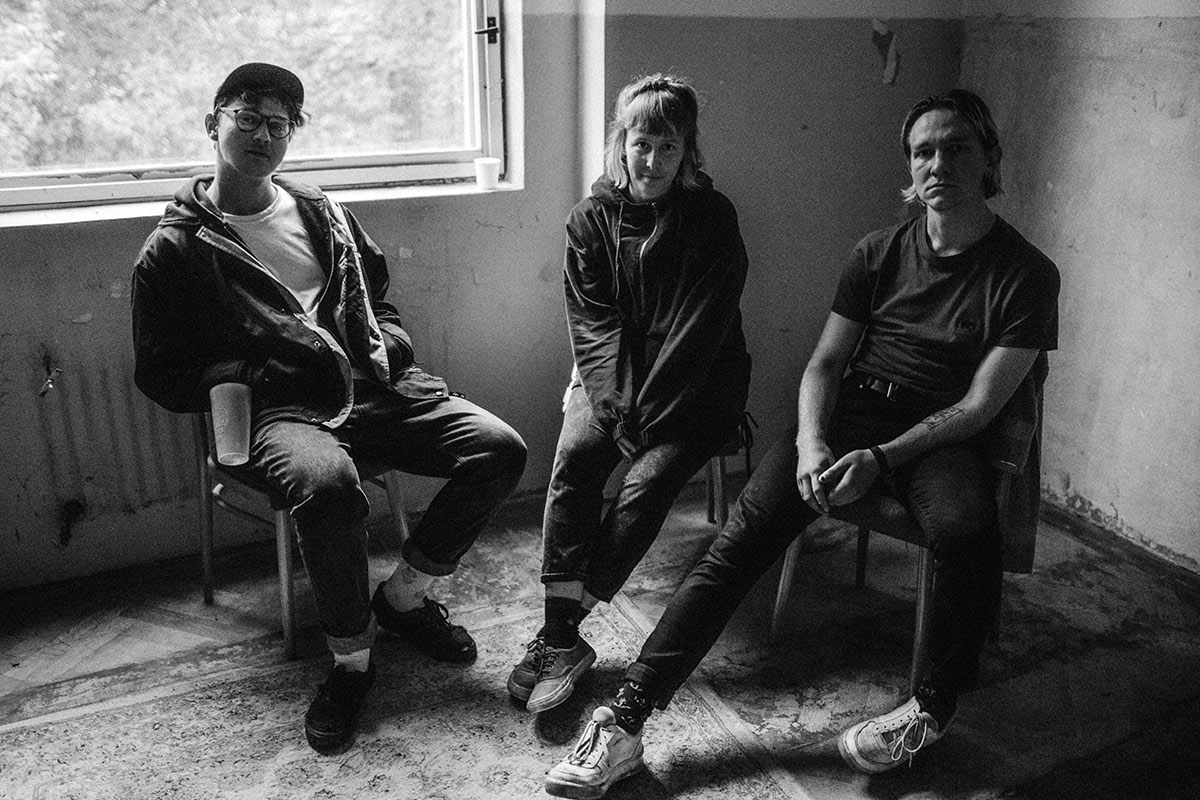 Brno was never short of rock bands that praise rawness and authenticity. The post-punk trio sinks that explosively showed up on the scene in 2019 and since withholds the tradition of unmasked realness.

Expressive vocals, distorted guitars, but also tender harmonies that burst into noise passages. sinks undisguisedly reference the British scene on the break of 70s and 80s, their songs invoke the madman Mark E. Smith of The fall or PiL’s John Lydon’s controlled insanity. Their music, however, is more than just retro; contemporary feelings of disillusion and an under the surface energy that might explode at any moment. Those who aren’t convinced by their Bandcamp page should check out the way they play the song professor t on Resistor Sound Session and instantly join the sinks cult. Their star is rising, this year, they already confirmed their appearances on Sharpe, Okolojeles or Beseda u Bigbítu.