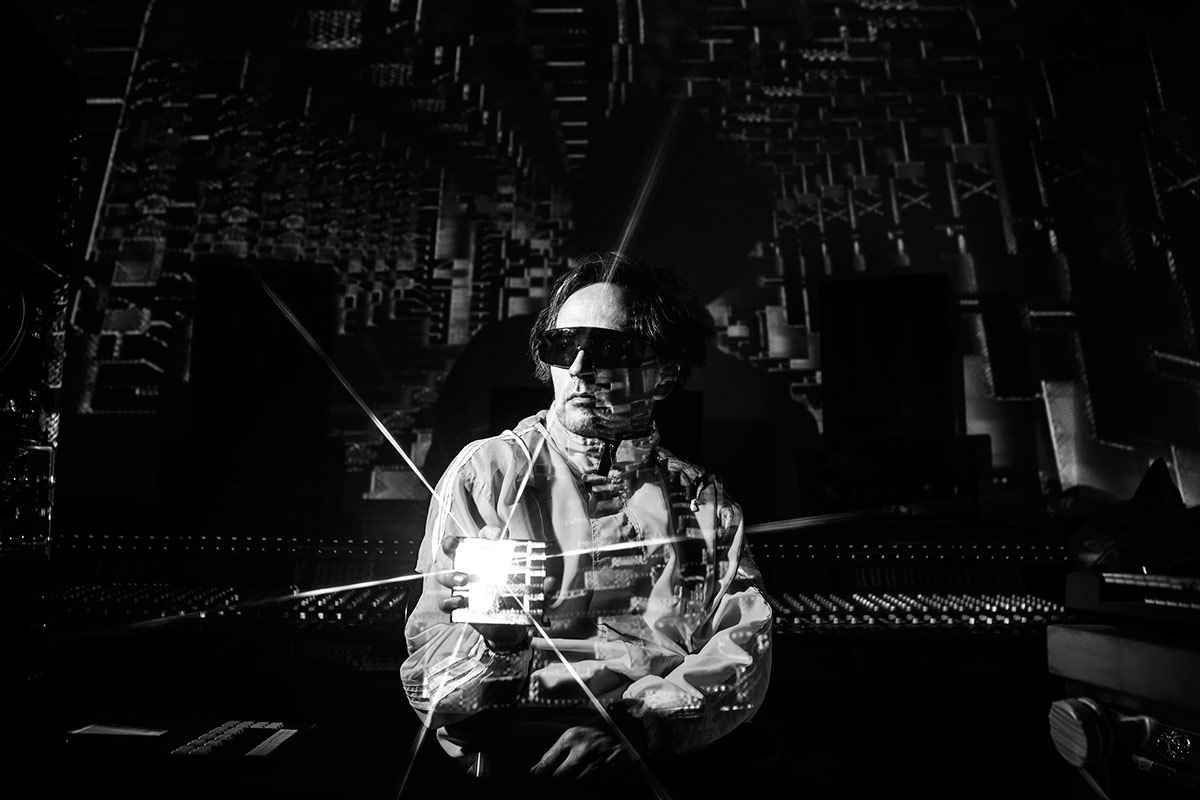 The master of acid bass lines and tangled beat construction. The British producer Tom Jenkinson aka Squarepusher is a walking encyclopedia of the British club scene and its unexpected mutations.

His music was raised by rave, Aphex Twin and Carl Craig. His first albums from the mid 90s like Feed Me Weird Things or Hard Normal Daddy defined the fuse of club beats and insane experiments, to which he stayed true all the way through the following twenty five years.  He got from wild breakbeats to bass solos (Ultravisitor, Solo Electric Bass 1) or music for a robot band (Music For Robots). On this year’s LP Be Up a Hello, he came back to analogue synths and a pre-historic Commodore computer. Free-thinking, psychedelia, sense of borderless adventures, Squarepusher could teach what it means to be a jazzman in the 21st century.