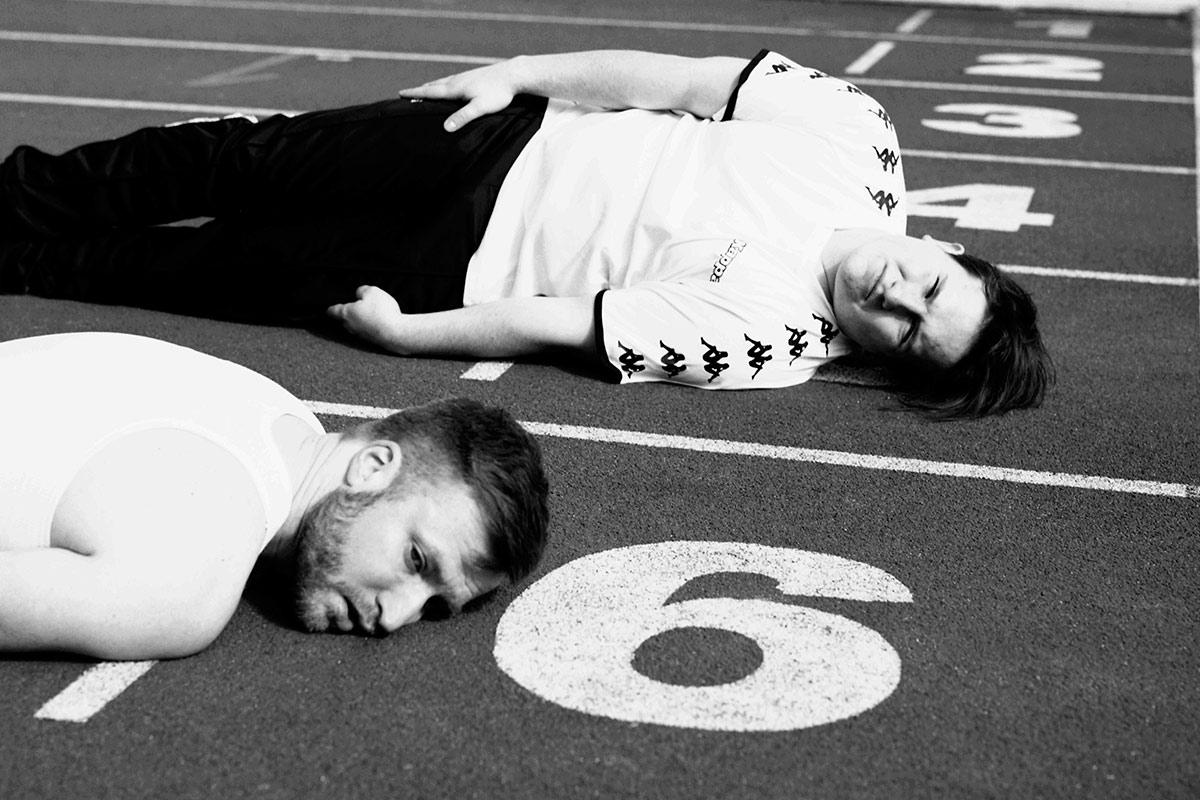 Living through the 80s all over again. Polish electronic duo Wczasy mixes mutant synth pop with echoes of Cold Wave.

Their sharp hits hint at the unique state of music at the beginning of 80s in Poland; they’re euphoric, a bit decadent but also have a noticeable amount of darkness and claustrophobia.  Wczasy, Bartłomiej Maczaluk and Jakub Żwirełło, debuted in 2016 with the EP, 1000 Problemów. A lot of attention was payed to their debut LP, Zawody, released under Thin Man Records. The record was well received by both fans and critics and showed up in many charts of Polish independent music in 2018. To some journalists it was a generational manifesto. Part of Wczasy’s magic are also their grainy videos and crazy performances. They reference 80s aesthetics, but never stumble into areas of “parody” or “retro.” Their music seems to be giving us another chance to live through 80s with all its hopes and anxieties.